Most of us have heard of ‘phishing’ and how it is a scam to send you fake emails to trick you into giving up some personal information, such as passwords or banking details. Since the term is ‘nothing new’ we tend to tune this out and think that we will never fall for this old trick. However, evidence shows that phishing is becoming a more common and increasing threat. As attackers are more sophisticated in their approach, both businesses and users face great security risk. Even with proper security training in place, identifying and fending against phishing requires both users and enterprises to step up their security vigilance. 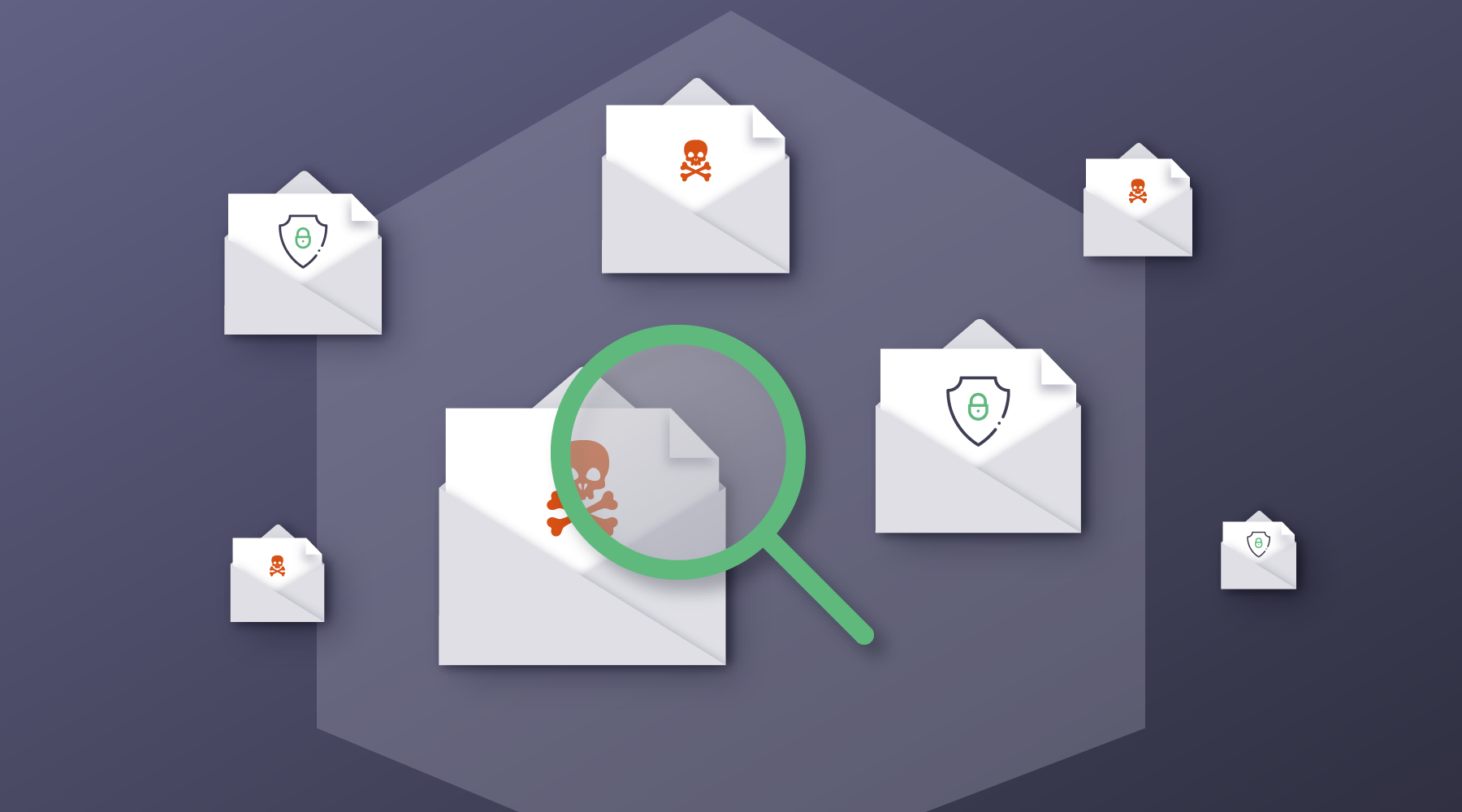 What Is Phishing And Why We Have To Be Concerned Today

Phishing is the fraudulent practice of contacting the target per email, phone or message by someone posing as a legitimate institution to induce individuals to reveal sensitive information, such as passwords or banking and credit card details. It remains the method-of-choice for most cybercriminals to access users’ online accounts and data, infect computers, and extract sensitive information. As a form of hybrid cyber attacking it combines both social engineering and technological aspects to target users. Social engineering is the art of tricking users to give up confidential information, open malicious links, launch dangerous files, or to send money directly to the attacker.

Despite phishing being quite an old method for security attacks, it continues to be popular due to its simplicity and effectiveness. The reason is because it manages to target the weakest link in the security chain: the user. Since the attacker is usually disguised as a trustworthy entity, users are often unaware of the trap they fall into. Most likely that is the reason for why phishing accounts for a whopping 90% of all data breaches. Phishing has become even more relevant as it has lately increased exponentially, today growing by 12 times more compared to just five years ago. The main driver for this is the COVID pandemic that saw a shift to online services as people become more integrated into the digital world. As a result, a 2021 cybersecurity study found that 86% of organizations across industries had at least one user being led to a phishing site. Similarly, 70% of organizations had users that were served malicious browser ads.

Methods And Formats Of Phishing Attacks

Although phishing began in the form of emails, it has by now evolved into various sophisticated formats. Today, phishing can happen via any type of user interaction, such as an email, SMS (smishing), instant message, social networking sites like Facebook, phone calls, message boards, banner ads, websites, voice messages, or even multiplayer games. The attack leads the user to a deceptive domain name which appears trustworthy and legitimate but is in fact controlled by the attacker. Exploiting human factors such as curiosity, fear, and empathy, the user is made comfortable to click the link, and enter passwords or personal information.

The attackers are often highly skilled in technical understanding of computer communications, and they understand security protocols and common casual habits of users. Using this knowledge, they find methods to bypass security protocols (whether it being technological or human processes) and evade detection, increasing the chances of a successful attack. The frequency and diversity of attacks targeted at users also helps the chances of a successful attack. In a study on phishing from the International Journal of Security and its Applications, even well-trained users failed to detect 29% of phishing attacks.

Below, you can see an illustration of the methods used in phishing, including various communication channels and purposes for phishing: 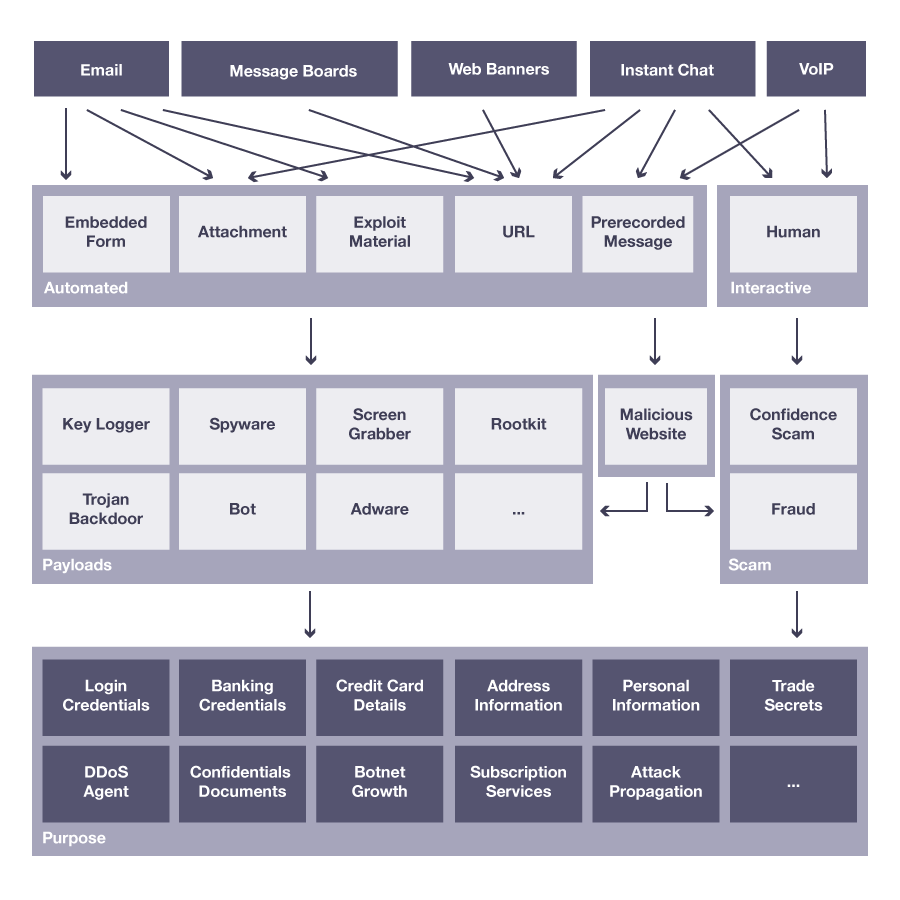 Why Do Phishing Attacks Succeed?

Phishing attacks disguise themselves as trustworthy entities, and rely on reputation and human level relationships with the target to discover sensitive information. Because phishing is even more a social science problem than a technological one, attackers leverage social engineering tools to capitalize on victims. A phishing attack commonly contains three key components: lure, hook, and catch.

Social engineering attacks succeed because they exploit the curiosity, fear, and empathy factors of humans.

As a conclusion, a combination of above tactics coupled with high frequency and targeted phishing (also known as spear phishing), attackers raise their chances of success. In addition timing plays a key role as statistics have shown that phishing attacks peak during holiday times, and soar by as much as 52% in December. Despite attackers having high technological skills that they implement in combination with various communication tactics, phishing continues to leverage on the weakest link, being the user.

How Can I Best Detect And Avoid A Phishing Attack

Detecting a phishing attempt can be difficult as the attackers are often skilled in creating a sense of urgency or importance that causes the victim to act before processing the request. 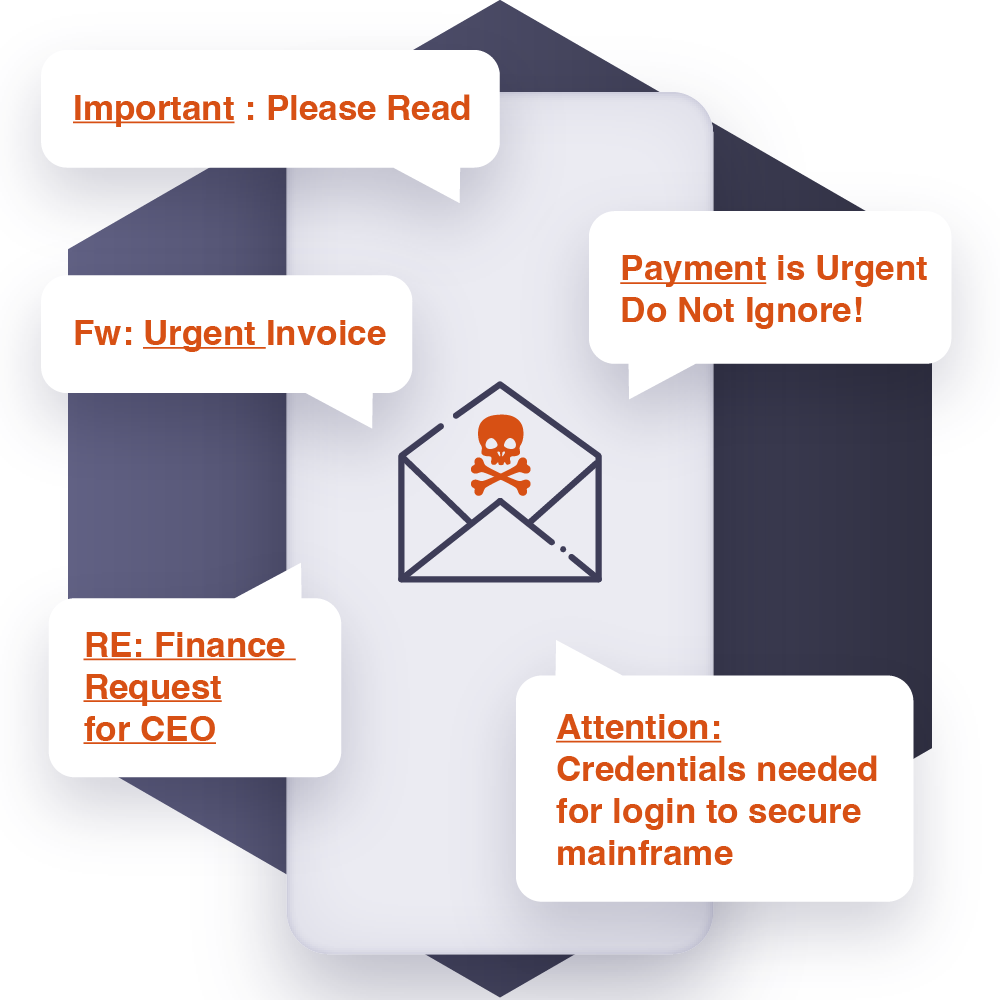 The most typical subject lines in 2020 included social media or security upgrade requests:

Steps To Take When You Receive A Suspicious Or Urgent Message:

What Should I Do If I Identify A Phishing Attack?

Once you have identified the communication to be an attack:

If you are an enterprise and you want to increase your security against phishing attacks then check out how and why Gartner recommends FIDO2 authentication as an anti-phishing solution here.

Learn more about Futurae’s FIDO2 solutions, or other fraud detection methods. If you have questions or feedback, please let us know.